12 matchday BBQ recipes to prepare during the game

YES!!! Finally it’s there: football heaven. After enjoying Payet and the festivities around this great tournament I’m most of all looking forward to see our “Red devils” play their game. At first I was thinking this would harm my BBQ passion until I realised they are pretty easy to combine. This round-up featuring some of my favorite BBQ bloggers will prove this statement. All of them (and I) will feature two posts. One hot and fast recipe that can be made at half time and another low and slow recipe you can cook whit closed lid while watching the game. Here are the “matchday BBQ recipes” you might be looking for!

Hot and Fast Matchday BBQ Recipes to prepare at halftime: 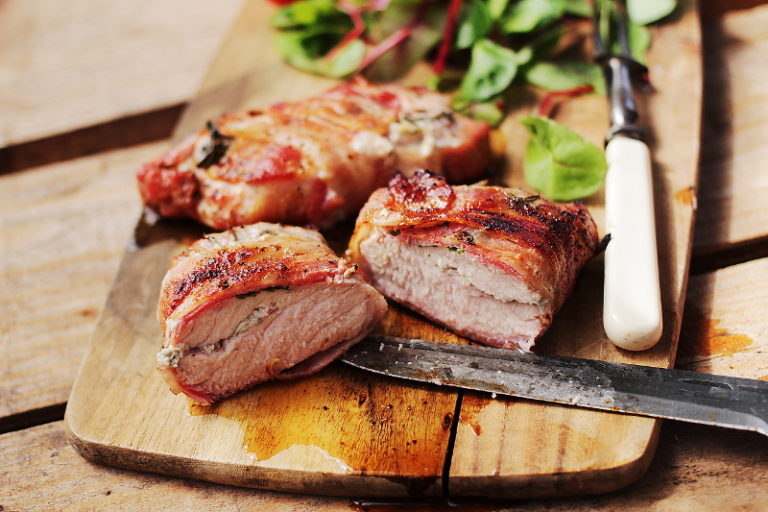 Marcus Bawdon brings a nice mix of creative BBQ recipes at his blog “countrywoodsmoke“. He’s one of the bloggers that lead me into this blogging thing by sharing his photography set up and has always been open to provide some feedback! When looking at the recipes he brings every time I could only say he brings what I’m looking for! Inspired by traditional BBQ but with an eye for experimenting and culinary twists! These Gorgonzola stuffed pork steaks are a perfect example. Prepare them before the game. Watch the first half while your fire is starting and grill them at half time! Take a good beer and  you’re settled for the second half!

As mentioned earlier Marcus Bawdon learned me some things about food photography. I guess this had a huge influence on the succes of these wings! They have been watched 5 times more than most recipes I shared over here. Yet I believe they are verry tasteful and should advice them for half time cooking too! They will combine perfectly with a chilled beer and a nice game! I bet you’d like some more of them. Actually I guess it’s the only hot and fast recipe over here. Maybe I need to work on that?

Hey grill hey was one of the first blogs written in english I learned about. Susie brings the more traditional BBQ in a sublime way! The blog she runs looks perfect and verry professional. When I asked her what recipe she wanted to share for halftime she came with five… How could I say I’m looking for one if these (four of the)five stars are making me drool?

What I like about Dreaming of the Good life? What not to like about it? Look at those pictures? This blog has style! But style is nothing without good recipes and let that be the best part of the blog! There’s a nice collection over there! Got any questions? Just ask she’s an open person that likes to help you!

It’s a bit strange to pick this recipe out of the superb recipes on the BBQ Barons blog since they refer to Countrywoodsmoke as their inspiration but there are two main reasons for this! First of all it shows how they are integrated in the BBQ scene! Second there should be dirty steaks in this halftime recipe section of this post! 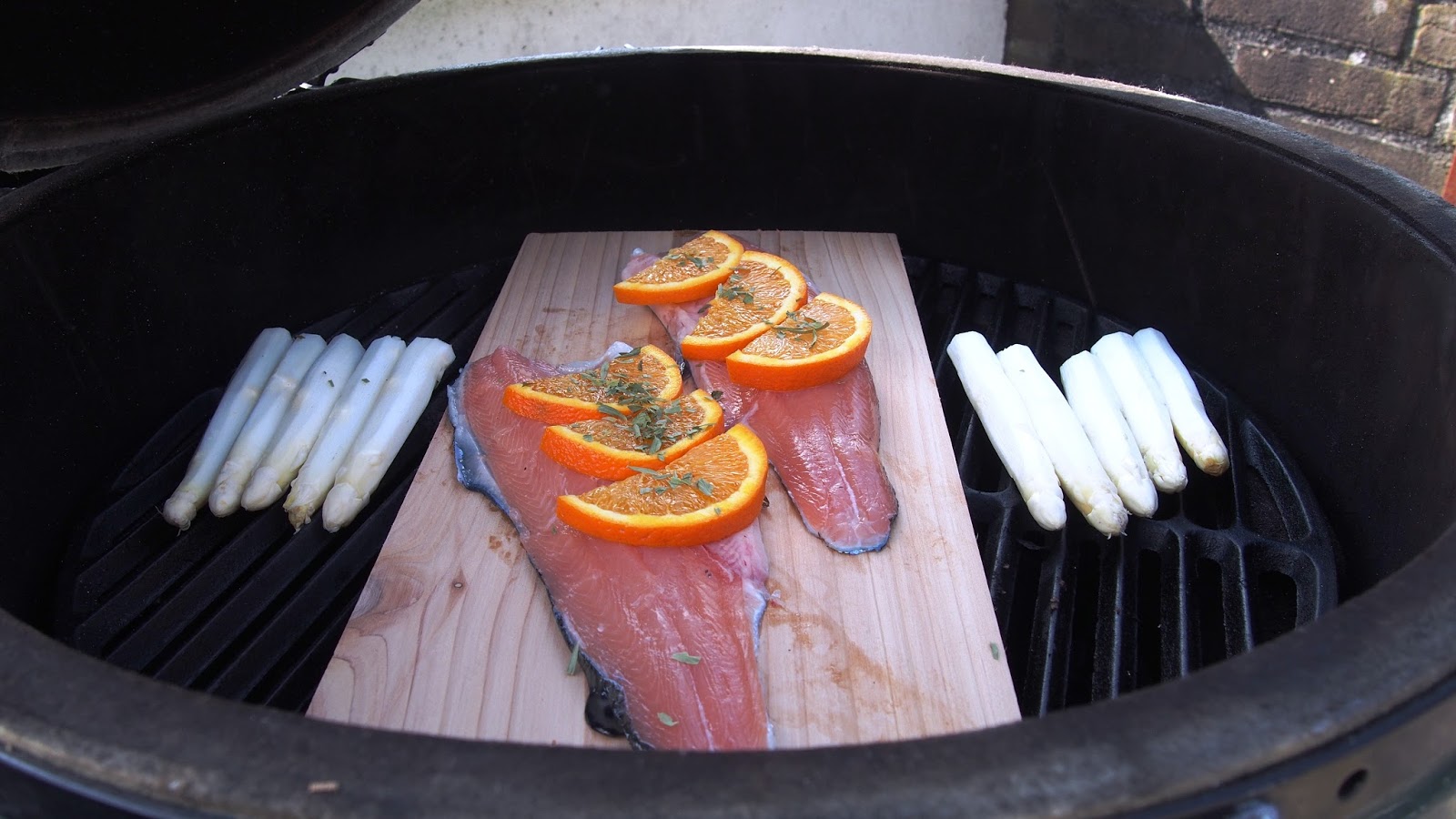 Trout might not be the recipe you immediately think about when talking about football, but why not? This Planked Trout will make your game a culinary experience! Get settled for the second half with this trout by Kitchenexile. I got to know Thérèse by her activity on social media! She’s a nice person with great ideas on food! Not only thinking about her own (Like most BBQ lovers) but sharing other great recipes too!

Low and Slow matchday BBQ recipes to prepare while watching the game:

These Sticky Oriental ribs are nice and shiny but most of all they have some great ingredients! If you see star anise in a pork recipe you know it’s great! The anise has the quality to bring out the taste of the pork even better! And that’s just a start! These are rather high on my bucketlist!

What I like most about Susie’s blog is the amount of brisket recipes and information she brings! Those recipes all look drooling but I’m still waiting to make it my own till I have tasted some authentic Brisket myself… It’s high on my bucket list and really needs to be taken care off… 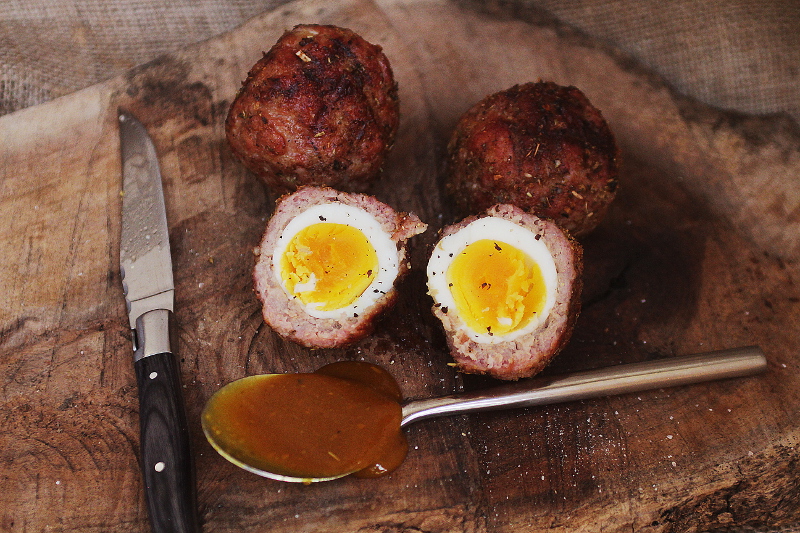 Another bucket list recipe… Marcus chose these BBQ smoked Scotch eggs to feature this post. He told me they’re always great. If I had to pick a recipe from his blog it would have been this other version with black pudding. Since some people tell me I’m a bit stubborn I don’t need to hesitate to link to the “Black Pudding Scotch Eggs“. I don’t think any of you would mind.

Low and slow without Pulled Pork? Forget it! Thérèse got creative on this one! She brings this Chorizo Style Pulled pork. How creative is that? Sounds more than delicious and is absolutely a recipe I need to make one day! It’s a shame I need to work while most games are played I will never have enough time to make all of these.

Chicken Lollipops look superb! I bet they will star your game and will impress your guests! My friend Birger Allary from Tjoppie Doppie prepared them last week at his pop-up restaurant. They remain verry juicy this way! The BBQ Barons explain you how to make them!

Honey and thyme glazed smoked pork cheeks by me.

And last but not least (I hope) I want to share these delicious Pork Cheeks with you! This was one of the first recipes I published on this blog. Way before I had some followers. I strongly believe this is one of my best recipes so I hope you take some time to enjoy cooking them while you’re watching the game!

That’s it! 12 delicious matchday BBQ recipes that might give that extra to your favorite game. I hope you take the time to go through the mentioned blogs and let them know if you prepared one (or more) of their recipes! Just like me they’re open for questions or a talk about the passion for cooking on fire!