A couple of weeks ago I received the book “Food from the fire” by Niklas Ekstedt from a friend of mine. Among the many stunning recipes in the book was the recipe for “Ash coated lamb”. The recipe is a good example on why you should buy this book if you’re a fan of the nordic kitchen, BBQ and/or cast iron. Simply because it’s a truly inspiring and creative cookbook. 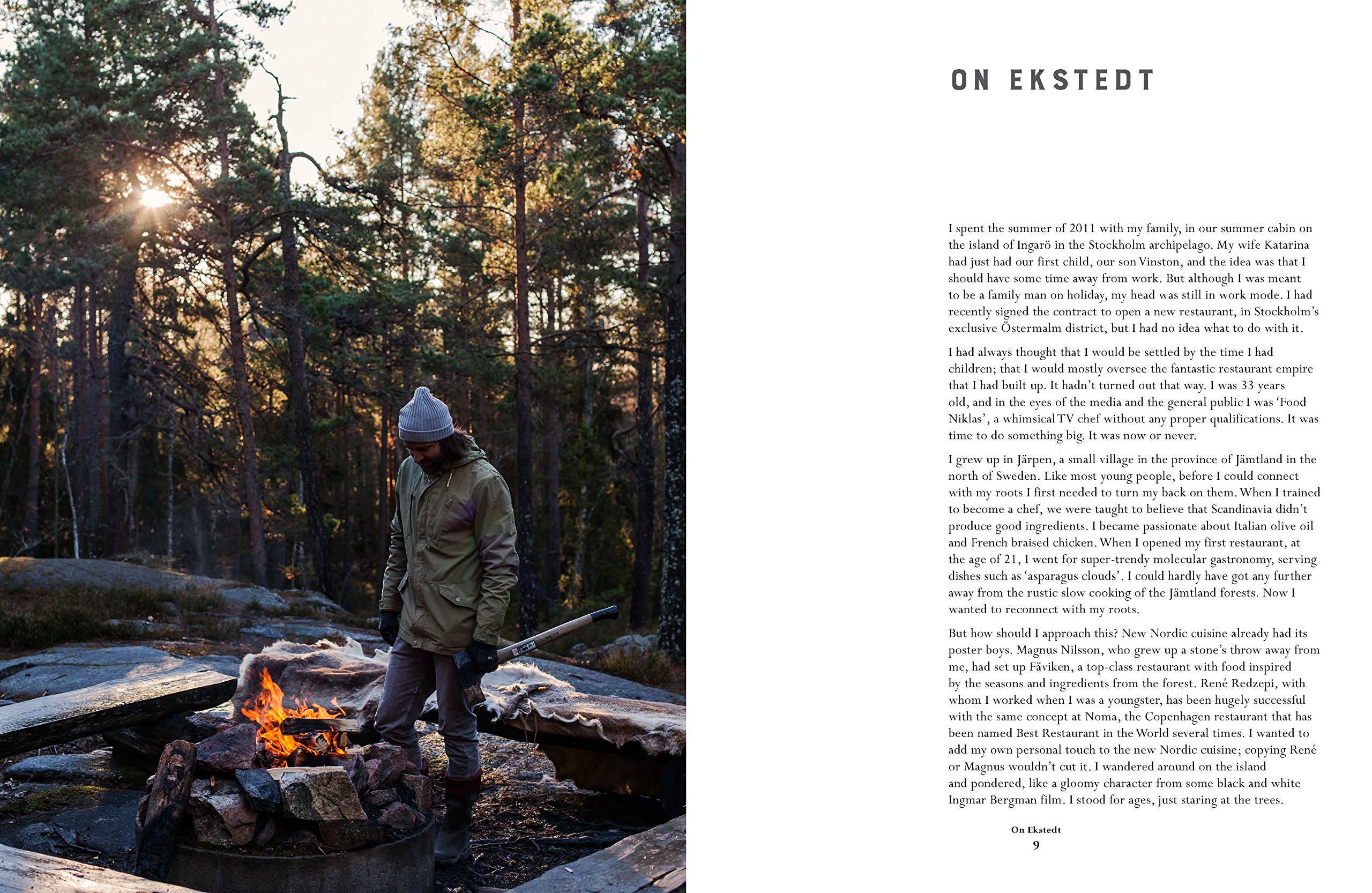 Who is Niklas Ekstedt?

Niklas Ekstedt is a swedish chef trained by the top chefs of the world. He did his internships at El bulli and The fat duck and became a TV personality afterwards. The choice for these internships came out of some separation process where he turned his back to the nordic kitchen and got into the modern molecular kitchen. As many of us when growing older we realise the benefits of the things we had rejected in the past to form our own personality. That’s exactly what makes me a fan.

The book breathes competence in both ways. Both Heston Blumenthal (The fat duck) and Ferran Adria (El Bulli) are known for their thorough research on what molecular and scientific experience can lead to a better dining experience. Combine their passion for the scientific approach of food development with the simple and pure nordic kitchen Ekstedt teached from his ancestors and you’ll get the personal identity Ekstedt shows in his recipes. Think of: coal roasted apple cake with ahorn syrup, hot smoked bacon with caramelized onions and miso, or juniper smoked salmon with homemade sour cream. All these wonderful recipes are brought in a good and clean looking book (buy here) with stunning nordic style foodporn.

“Food from the Fire”

So what’s so special about it? If you ask me three key ingredients stand out: “pure food”, “wood smoke” and “cast iron”. I agree most of them are cooking instruments, yet they have a decisive influence on the end result. The combination of these three elements brings honest food bursting from flavors reached with simple techniques. There’s no complexity in this food and the use of spices is very natural. Actually this book made me finally realize why I was overwhelmed by the taste of ingredients in this “Grilled Butternut Lasagna” (Recipe) I made earlier. Even a shalot seared in cast iron pan or skillet upon a wood fire turns out to be a culinary addition to a meal. The sides were superb eventhough they were only spiced with salt. So if I could give you one advice besides buying this book it would be: “buy yourself some good cast iron cookware“. I know I will expand my cooking set soon.

Besides the three earlier named key ingredients that return in every meal there’s always a fourth player in the game that brings the extra touch to make a good meal even more interesting. For example the usage of citrus salt, fresh herbs, or even the ashes used in this recipe. I guess not everyone is as open for experiments as I am so I think I need to explain why the hell ashes can do any good to a meal. After all don’t we all hate it when a good piece of meat slips into the coals? Well from now on I won’t panic anymore if that happens.

Unlike the original recipe I used a thick lamb rib instead of lamb filet. I slowly cooked the lamb to an internal temperature of 54°C (130°F) on indirect fire. Afterwards I rolled it in the embers which leads to a slighly ashy crust. Besides the meat choice I only made a slight change to the herbs I used in the recipe. I added some pepper, rosemary and a touch of paprika powder to the recipe. It was the first recipe I made from the book and was a bit hesitant on the limited usage of spices. Now I realise it might not be needed at all. Moreover I realise I mistrusted the essence of the pure ingredients. Luckily I had been really easy on the spices. Not that they were bad (on the contrary) but for this ash coated lamb recipe I think you need to use the traditional recipe.

Conclusion: is there anything bad to say about this book? Not at all… It’s a great source of inspiration bringing something different than the regular American inspired BBQ books that dominate the scene. The ash coated lamb was stunning and the sides were simple yet outstanding! If you have a book you think is inspiring I would be happy to read about it in my brand new facebook group: “BBQ Bastard’s beer, booze and BBQ friends”. So come join us and share your knowledge on these or other interesting subjects! By the way did I mention before I won’t be mad if you share some recipes with your friends to support this blog?

This recipe has been made on my two Kamado BBQ's. It takes some cooking space to prepare the complete meal on a BBQ or a good planning. Considering not many people own several grills I'll bring this recipe step by step starting with the vegetables. You can rewarm the vegetables while the meat is resting. If you own several BBQ's you can make the whole recipe at once.

BBQ or woodfired oven. I use this one