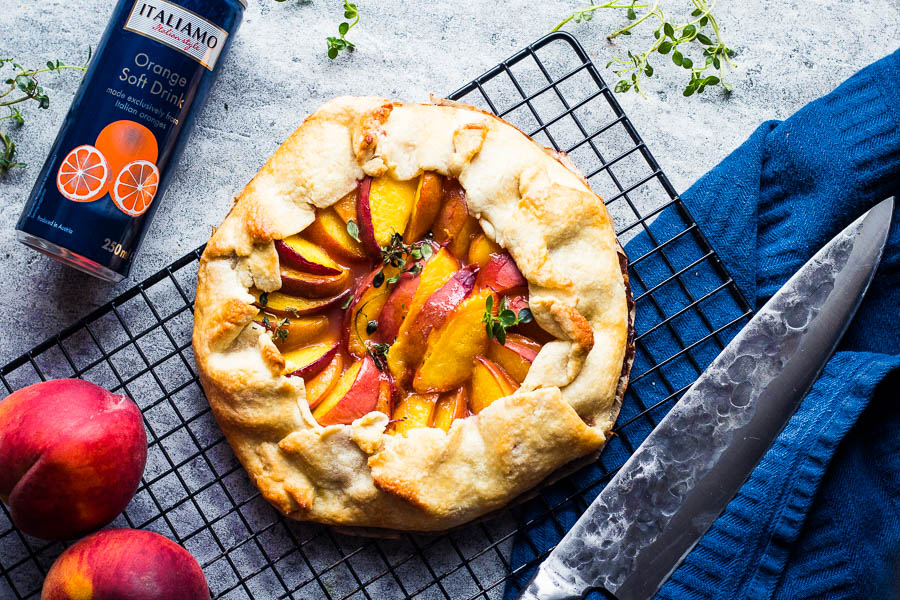 The new netflix series “The Chef Show” inspired me for this incredible tasteful peach galette with thyme. A personal twist on radio host “Evan Kleiman” who made the peach galette in honour of culinary journalist Jonathan Gold. In the “Chef Show” Roy Choy and Jon Favreau focus on cooking techniques while meeting and talking to guests. It’s starting slow but when David Chang and ultimately BBQ Pitmaster Aaron Franklin show up, you just know it will give some sparks. Have you seen the series? Curious to hear your thoughts! I have a rather double feeling about it. If you didn’t! Make this Peache Galette, put on netflix and scoop a ball of ice to serve with this delicious cake while watching! Have fun.

Disclosure: This post contains affiliate links. All opinions shared are my own. 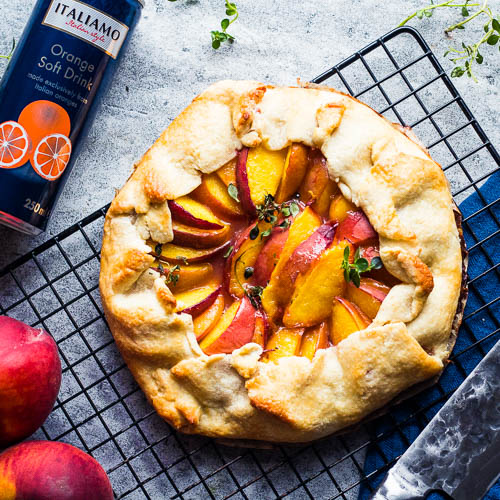 A summer dessert from the BBQ! Perfectly possible! Moreover it’s a delight! For this peach galette I’ve been inspired by “The Chef Show” by Roy Choy and Jon Favreau. Warning: If you start eating this galette with a scoop of ice you’ll never stop until it’s gone!